In the last week or so, Law Enforcement officers and citizens alike were heartened to hear that legislation in Olympia was passing that would take the handcuffs off officers, or at least loosen them, when it comes to pursuing and apprehending suspects.

Late Thursday, as the legislature was finishing up its business for the shortened ‘off-year,’  HB 1588 (House Bill 1588) appeared to be set to pass. It would have ‘fixed’ some of the damaging bills pushed through by Democrats in 2021, by allowing officers to utilize vehicle pursuits in certain cases. It also modified and eased restrictions on use of force by officers. While not comprehensive, it was considered enough of a change to significantly impact LE ability to do their job.

However, although the bill (and it’s Senate companion) passed both the House and Senate, Senate Democrats did the unthinkable. According to WA Senate Republicans Broadcast Coordinator Tracy Ellis:

“The legislation passed in the House and in the Senate, but Senate Democrats wouldn’t let it come up for a final vote after the House added amendments.”

Senators Mike Padden and John Braun said the bill would have prevented nearly-tragic incidents such as the one in Bellingham where a known suspect rammed a Police car not long after he was identified as a criminal suspect, but officers initially could not pursue him because of the new restrictive laws. He later slammed the vehicle into the LE cruiser.

They also mentioned several cases in Seattle where criminal suspects in vehicles actually drove on sidewalks in an effort to elude Police and flee crime scenes.

This move by the Democrats is a severe blow to the ability of LE to do their jobs, and undoubtedly we will continue to see crime rates continue to skyrocket in our state. 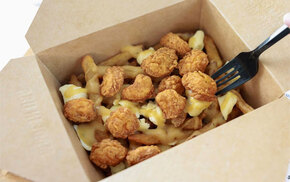