Welcome to the National Hockey League the Seattle Kraken?

Ok, let’s get Kraken. I can see it now. Die hard fans to be called Krakheads. And how’s “Nobody Gets out of the Krakhouse Alive” for a home ice advantage chant? Krak don’t ice itself. You are Krakin’ me up.

Reports here and here and here are all full of conjecture and speculation that Seattle hockey types are actually lending credibility to the possibility that the new NHL franchise set to begin play in the 2021-2022 season will be known as the Seattle Kraken.

Seattle’s new NHL squad has still yet to decide on a team name, or at least they what they would like to have you believe. After multiple reports surfaced on Wednesday claiming that the Seattle expansion franchise would call itself the Seattle Kraken, the team believes that’s kind of fishy and they’ve sort of thrown some cold water on that idea.

The still-officially-unnamed team’s official Twitter account pushed back against the rumors, saying the process of selecting the name is still ongoing —

While we’re aware of some fishy rumors surrounding our team name, please rest assured we’re doing our due diligence by scouring the depths of the ocean, the tallest mountains, and the densest parts of the forest to find the right name for our great, green city.

That being said, they didn’t outright deny that would be called the Kraken.

One leading contender besides Kraken being bandied about is the Seattle Sockeyes, but that’s way too-close-for-easy-to-throw-shade-comfort, think, the “Seattle Suckies”.

There’s no way in hell it would happen, and I would consider dropping the gloves to fight for it, but how about the creativity put into the Rain City Bitch Pigeons?

How about a Washington State Ferry’s horn sound as a goal marker? How sweet would that be?

Late word from the NHL is that “nothing is imminent” as far as an official name release is concerned.

IT will be interesting to see how the city supports the team, seeing as how officials couldn’t even work with the team already there, the WHL’s Seattle Thunderbirds, about upgrading or modifying their arena.

That’s why the T-Birds now play at the Showare Center in Kent.  So technically, they’re the “Kent” Thunderbirds.

What is S.E.L? Are Kennewick Schools Looking At It?

KSD To Create District “Equity Team”–What Is It, And Why? 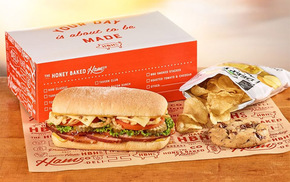 $20 in Gift Certificates to HoneyBaked Ham

Sign up to have exclusive Newsmembers contests, events, coupons, presales, and much more delivered to you for FREE.
Like Us on Facebook
Newsmembers brought to you by:

Thank you for your request.